No word from my publisher

No word yet from my publisher:( It has been at least two weeks since I submitted my content to the designer and editor. It takes a LONG time to get published. I started writing the book "Through Endangered Eyes" in 2002.

I submitted to 3 publishers in 2003. With 2 illustrations and all of my text for nine species + human.

My first editor, Craig Thorn sadly passed away in 2006:(

I was released from my contract from Stemmer House in February 2007. After which, I submitted to 14 publishers. I lost count of rejections.

My knight in shining armor, Al Kryson, called me in February 2008, wanting my book! I signed the contract with them that month.

A new draft, with their suggested changes was sent to them in April 2008.

In August, they discovered that they needed the book to go from 57 pages to 64 pages. So, I created an opening page, added the polar bear, a to the parents page, and a for the teachers page. That was submitted in September 2008.

Labels: No word from my publisher

I have read so much about blogging, but have never actually done it. I hear about the success that some artists have had in marketing their artwork through their blogs. It would be great to have that happen for me...but more important to me is to randomly talk about art.

I started painting with dots in 1992 after my trip to Australia. I was so inspired my the simplicity of the color, patterns and designs portrayed in Aboriginal Acrylic Dot Paintings, that I wanted to mimic them. My technique has certainly morphed...(www.RachelDillon.com)

I'll post more later, I am tired since I am on my magazine deadline... 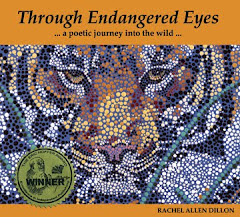 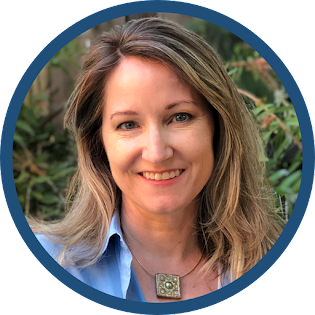 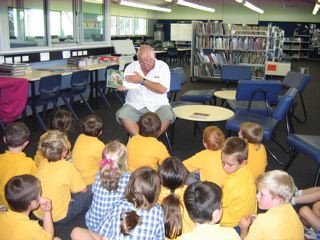